Eyelid inflammation, medically called Blepharitis, is very common amongst Australians, yet it is one of the most underdiagnosed eye conditions because symptoms can be mild in the earlier stages, or they can be mistaken for other eye conditions.

If left untreated, blepharitis can get worse and may cause serious eye conditions.

Symptoms of blepharitis include: 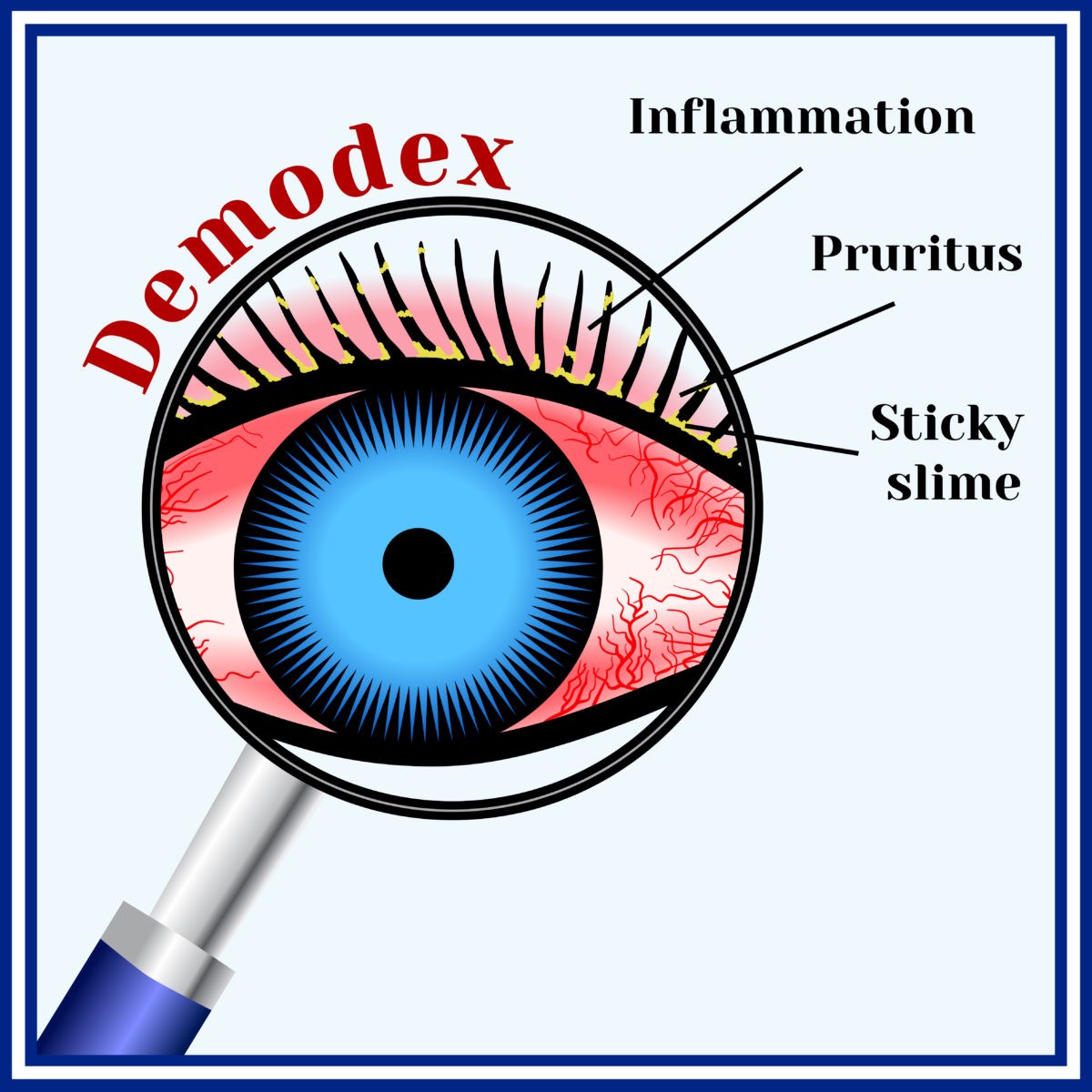 The “sticky slime” called biofilm develops as bacteria multiplies. Parasitic eyelash mites called Demodex feed on the biofilm and make a home within your eyelid margins, which worsens inflammation.

Possible causes of blepharitis include:

Blepharitis is usually associated with an overgrowth of bacteria residing along the margins of the eyelids and at the base of the eyelashes. Over time, these bacteria multiply and create a structure called a biofilm.

This biofilm becomes a toxic environment, just like the plaque that forms on your teeth. Parasitic eyelash mites called Demodex feed on the biofilm, which in turn leads to an overgrowth of these mites. This worsens eyelid inflammation.

Bacteria in the eyelid biofilm also produce substances called exotoxins that cause inflammation of oil-secreting glands in the eyelids called the Meibomian glands. This causes a condition called Meibomian gland dysfunction, which causes (and may worsen) dry eye discomfort.

Cleaning your eyelids is something you can do at home using warm water or an over-the-counter or prescription eyelid cleanser. Eyelid scrubs, which removes material from the eyelids, can be even more effective for relieving dry, itchy, flaking eyelids.

Why not let an eye care professional do it for you in just a matter of minutes whilst you relax? One revolutionary way our optometrists treat blepharitis is through a new patented handpiece called BlephEx™.

BlephEx™ is used to, very precisely and carefully, spin a medical grade micro-sponge along the edge of your eyelids and lashes, removing scurf and debris and exfoliating your eyelids. This reduces scurf and bacterial debris, the main causes of inflammatory lid disease, and improves the overall health of the eyelid.

Blepharitis typically is a chronic condition, which means it can come back frequently and be a recurring problem. If you think you have blepharitis, it is best to have an evaluation with one of our optometrists for the proper diagnosis and treatment plan.

How Frequent Are Visual Deficits in Kids with Developmental Dyslexia?
Could Vision Be The Missing Link With Learning?
Use Your Optical Extras before They Expire on 31 December!
Mum, I Can See Two Of You! When Double Vision Is Not Fun
Menu