Here is a collection of heart-warming stories about how vision therapy has helped with reading difficulties.  It’s like chicken soup for the soul!

At nearly 9 years old, Sophie had already developed a substantial list of vision concerns. After finding out about Sophie’s focusing and eye teaming problems, her parents sought the help of a Behavioural Optometrist. After a functional vision skills assessment, it was found that Sophie had a combination of functional and perceptual vision difficulties.

Although she is an intelligent girl, Sophie was performing well below her potential, which upset her as she couldn’t keep up with her classmates. Sophie also suffered frequent headaches, sore eyes, motion sickness and lack of concentration.

Sophie’s intense vision therapy went over 16 weeks and was prescribed glasses to wear full-time. By the end of the training, Sophie saw major improvements in all areas of her schoolwork and her daily life and felt like a whole new person.

Sophie’s mum says, “It was extremely frustrating to see that our child was hurting. I’m so glad we went to a Behavioural Optometrist, because it has really changed Sophie’s vision and her life dramatically”.

Sophie’s treatment involved not only visiting her Behavioural Optometrist for an hour each week, but also performing around 10 minutes of exercises per day at home, which she really enjoyed.

“The exercises were really fun to do and it was really interesting to see how many ways you can improve your vision”, Sophie’s mum says.

Sophie’s mum says that the biggest change she’s seen in Sophie is her personality.

“Before the treatment, Sophie was a very quiet and unhappy child. Now, she’s happier than she’s ever been and has developed an incredible wit”, says Sophie’s mum.

Sophie’s mum’s tips for parents who consult a Behavioural Optometrist are to be consistent with the training, constantly encourage your children and become as involved in the process as you can.

After wearing glasses for many years and seeing no improvement, Jade’s parents sought advice from an educational psychologist who suggested they should further investigate her vision issues. This is when Jade’s parents decided to seek the help of a Behavioural Optometrist.
Jade’s mum says, “I didn’t know what to expect when going into Behavioural Optometry. I think it really helps to be open minded about the process and give it a go”.After a functional vision skills assessment, it was discovered that Jade’s eyes didn’t line up vertically and that she also had eye-teaming issues, especially with letter and word order, and problems with words running off the page. These issues immensely affected Jade’s performance at school, which impacted on her self-confidence.“All you want is to see your child healthy and happy, and when you don’t see that, it’s absolutely heartbreaking”, says Jade’s mum.Jade’s intense vision therapy took 6 months, with the first 3 months focusing on functional visual skills and the last 3 months on perceptual visual skills. By the end of the training, all of her vision issues had been corrected and Jade felt like a new person.“Now that I can see better, I don’t judge myself as harshly and I feel like I fit in more with my classmates”, says Jade.

“Because I couldn’t read, I felt different to everyone else. Now, I really enjoy reading and look forward to going to school, something I never thought would happen for me”, says Jade.

If you are considering Behavioural Optometry, Jade’s mum’s biggest tip is to provide constant encouragement to your child and to remind them that if they put in the work, they will improve.

After Chloe’s teacher noticed that she was finding schoolwork difficult and wasn’t performing to her potential, she decided to refer Chloe’s parents to a Behavioural Optometrist.  After a functional vision skills assessment, it was found that 7-year old Chloe had adequate sight, but extremely poor focusing skills. Chloe found writing very hard, occasionally wrote words backwards, needed her finger to keep her place when reading, and had poor concentration and spelling skills.

After Chloe’s initial prognosis, her mum says, “It was a relief that there was an actual problem diagnosed. It was so good to have some answers to why she was struggling so much in school and when doing everyday tasks”.

Chloe was prescribed with 3 months of vision therapy. Although Chloe’s mum admits that the first few weeks were hard to adapt to, she says that she could immediately see how much Chloe was improving.

Chloe’s mum says that the biggest change she’s seen in Chloe is her personality.

“Before the treatment, Chloe was a very shy and quiet girl. Now, she’s beaming, full of energy and is so much happier”, says Chloe’s mum.

Some tips that Chloe’s mum suggests for new families when working with a Behavioural Optometrist is that you need to be diligent throughout the process and that your child will benefit immensely from the results. 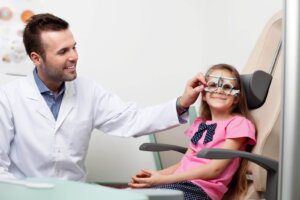 At 8-years old, Charlotte was struggling at school and didn’t understand why she was finding it so difficult. With poor reading and concentration skills, her concerned parents sought the help of a Behavioural Optometrist.

After a functional vision skills assessment, it was found that Charlotte had a combination of functional and perceptual vision difficulties. Although she is a bright girl, her reading age was a year behind, her concentration span was less than 1 minute and she had sore eyes while reading.

Charlotte was prescribed 16 weeks of vision therapy. By the end of her training, Charlotte was seeing results all areas of her schoolwork, including reading, spelling and maths.

Charlotte’s mum says, “One of the most important changes is being able to see her enjoy reading. It’s great knowing that she now has the confidence to read a book by herself”.

“She even won the award for reading in her class, which is something I thought I would never see”, says Charlotte’s mum.

Charlotte’s treatment involved not only visiting her Behavioural Optometrist for an hour each week, but also performing around 10 minutes of exercises per day at home.

Charlotte’s mum’s tips for parents who are considering seeing a Behavioural Optometrist are to come in with an open mind and do the homework because the results are very rewarding.

Charlotte now looks forward to school and being able to learn things more easily than before. 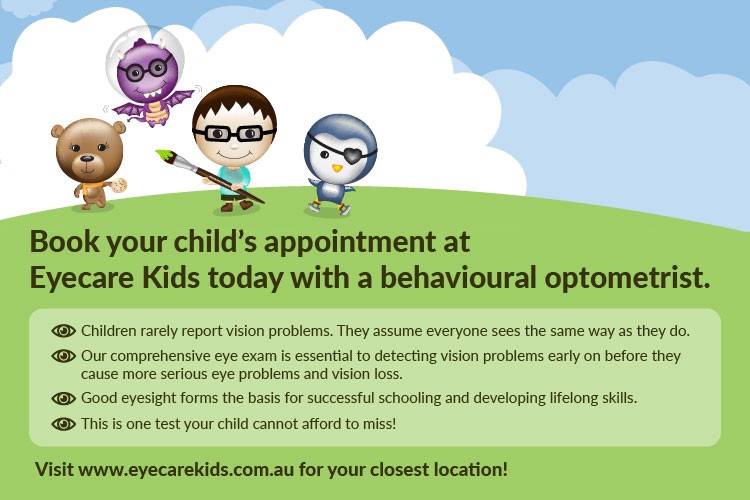